Since Brexit was announced, it has been tiring hearing all of the negativity surrounding it; even if much of it may be true! If we are to take a look closer to home, there has become a misconception that you now can't do your stag weekend abroad – that idea needs to bore off!

For a lot of stag groups, the number one priority is getting out of this country! The stag weekend is unique and supposed to top any weekend you and your mates have done before, which is why jetting off to a European destination is such a popular choice.

What we're telling you is that you need to ignore what the doubters say, as there are still plenty of bargains to be had for your stag weekends in 2017. Here we run through some of the cheapest places to go; and best deals to be had for the year ahead.

1. Portugal – First up, we suggest Portugal. Right on the doorstep of Spain, Portugal has developed as one of the most popular places for stag parties. You even have the choice of Albufeira or Lisbon when heading to Europe's westernmost mainland country. Albufeira is perfect for those of you that want a sun-soaked stag trip; you'll be on the south of the Algarve, which is full of beaches, bars and clubs to boot! Lisbon offers you the best of both worlds if you're struggling to choose between city and beach break. If nightlife is a deal breaker for you guys, Lisbon will not disappoint; in particular the Barrio Alto district is full of super clubs.

2. Berlin - Cheap flights, cheap accommodation; you begin to see why Berlin is a wise choice if you're doing your stag weekend on a budget. Few cities in Europe will allow you to get there and give you a place to rest your hung over heads, so cheaply. The best part is that you will be left with more Euros in your pocket to spend on the boisterous city of Berlin! If you're after the perfect cocktail of culture and clubbing, the capital of Germany will deliver. German Christmas markets have become popular in recent years in this country, but we can assure you that a stein of beer and a bratwurst tastes even better in their homeland! 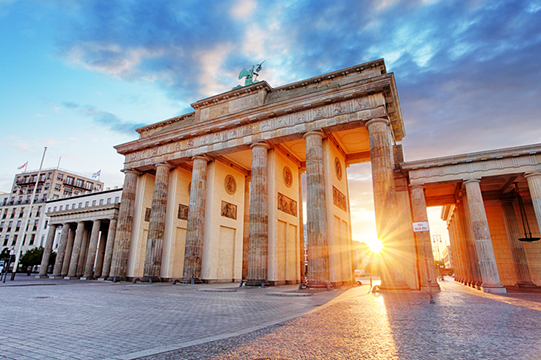 3. Prague – If someone uttered the words ‘stag weekend' to you, one of your immediate thoughts would probably be Prague. Despite its ever-growing popularity, due to its eastern European location, the price of a pint is peanuts in the Czech capital; which is enough of an excuse for any stag weekend to go there. In addition, it's a party paradise; practically every street corner you turn down, you will find a party – no matter what time of year. Let's be honest, you're going to go to a strip club on your stag weekend, which is another tick in the box for Prague. Loads of places to go, and loads of beautiful babes, what more could a stag party want?

4. Budapest – Similar to Prague, Budapest is the perfect platform for a stag weekend getaway in Eastern Europe. Whether you appreciate the historical side of the city or are all about the wild nightlife Budapest has to offer, there is something for everyone. Everything in Budapest is affordable too, so you won't be restricted to doing the bare minimum. You can line your stomachs before nights out for a nominal fee and beers will flow all night at a ridiculously cheap price.

5. Barcelona – You may be surprised to see Barcelona complete our list of cheapest destinations, so we had better explain the reason why it is one of the standout choices for 2017. Pick your flights at the right time and you can get to Barcelona for next to nothing, and the same can be said with regards to accommodation. Like fellow popular destinations Barca offers a bit of everything; incredible beaches and vibrant nightlife. Home to the mighty FC Barcelona, if you and the lads are into your football, you have to visit the Camp Nou! Tickets are reasonably priced, and you're in prime location to hit the bars and clubs after the match!

Now that we've let you in on a few secrets regarding the best value destinations to visit in 2017, it would be amiss of us not to do the same with other stag weekend aspects. Below, we'll talk you through some of the best destinations for every other component of a stag do!

Fancy doing your stag weekend in style? If you do, a villa is the way to go! And, if you want to combine price with an idyllic destination for a villa, don't let your search take you any further than Portugal.

For a good price, you will be able to find luxurious villas, in fantastic settings, accompanied with their own pool. If you have a large number of stags, this is a good way of getting the best accommodation with your budget! 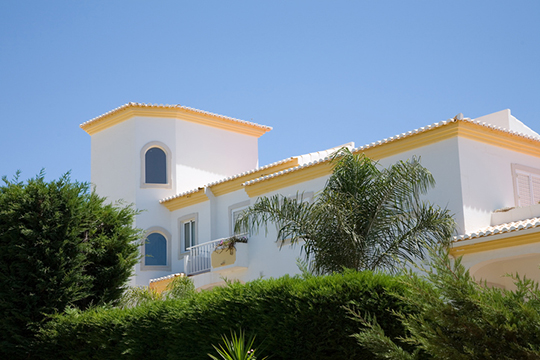 We're beginning to see a change in the tide of stag goers' accommodation choices; with apartments becoming popular. They offer the exclusivity of a villa, and give you the freedom to come and go as you please!

It may surprise you, but the cheapest place to book an apartment is Prague! That's right; one of the party capitals of Europe offers the most cost-effective way to stay in an apartment on your stag weekend.

Hotels are still a popular choice among stags, so shouldn't be dismissed. Especially when it comes to cities, as they allow you to be in a secure and central location. In fact, we couldn't pick between three of Europe's stag destinations for this section: Barcelona, Berlin and Hamburg.

To tie in with what we said earlier, these three cities are some of the liveliest cities you can go to for your stag weekend. Cheap hotels will give you that extra bit of spending money, which will come in handy for Berlin and Hamburg; where the price of a pint can be a little on the expensive side. 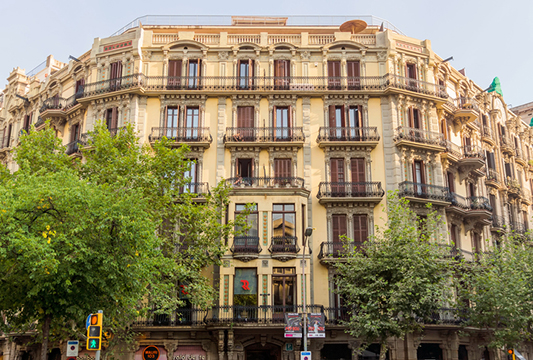 If you and the lads aren't all that bothered about what accommodation you stay in – or are doing it on a budget – hostels are the way forward. Berlin and Hamburg feature again, as well as the Hungarian capital, Budapest.

Hostels are always at the heart of the city, and if you're going to be spending the majority of your time out and about, you only need a place to rest your head at night!

Sometimes it's worthwhile paying for pretty much everything before your stag weekend, which is why an all-inclusive is a hit. Accommodation sorted, as well as food and drink! Yes, it may seem like a lot to part with from the outset, but you do get a lot of value for your buck. Unlimited drinks!

As with the hostels and hotels, there is a choice of three for your locations: Ibiza, Lloret de Mar and Portugal. These are all great places for nightlife, so by choosing an all-inclusive option, you will only need spending money for going out – perfect!

Let's be realistic, the main activity of your stag weekend will be drinking; which is why it's a good idea to know the cheapest place for booze! You won't be too shocked to hear that the place for that is Benidorm.

A stag weekend classic, and for damn good reason! You can pick up a pint when you're in the bars of Benidorm for the equivalent of a quid; that's ?4 cheaper than a pint in London! 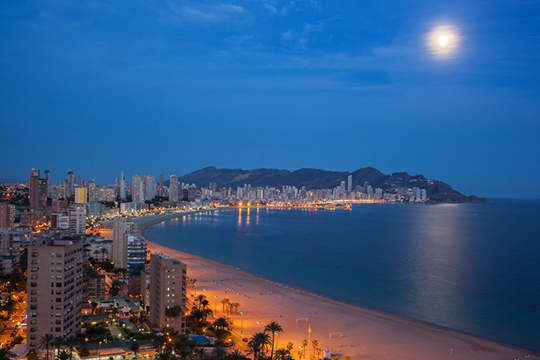