Feeling the lure of sun, sea and sangria? This time of year, a chap's thoughts are definitely on stag parties in exotic locations. And that means two things: partying in swanky beach clubs, and unfortunately large hangovers.

According to Buzzfeed, there are nine different kinds of hangover - and no-one likes any of them. And that's just when you get one on home soil! Put your hungover head and body in the full force of the sun on a Spanish or Portuguese afternoon, and you've got a recipe for fear, anger, soul-searching, extreme pain: in other words, all the things you really don't need when you're partying like it's your last weekend as a single man. So what are you going to do?

The answer, my friends, is simple. Haul your hungover backside into the shower, belt out a few verses of “Back in Black” (it's the only song that can make you feel alright after a night on the cocktails), and head for the nearest boat. As any resident of a seaside town in sunny Europe can tell you, the best place to be when you've got a headache and a dodgy tum is on the open ocean.

Wait - what? How's a boat trip, with all its rocking and swaying, going to help a chap with a hangover? Well, first of all this is the Mediterranean, not the angry Atlantic or the freezing cold North Sea. They actually have calm blue waters here. And secondly, the sea air will make you feel like a million Euros, either by putting you into a peaceful recovery sleep or by cleansing your system of all the awful crap you put into it last night.

So come on. “Back in Black”. Shorts. Hat. Suncream. Boat. That's the drill. And these are my top picks for putting it into action (note: may not always involve the Mediterranean)...

The twin hulls of a cat make it super-stable. Cruise the azure waters, drop anchor for a dip in a secret cove, and crack open the beers they've got chilling in a cooler on a stag do in Barcelona. After all, it is a stag party. And hair of the dog is so much better when you're trailing your tootsies in a warm sea while your best mate tries to do a double backflip off the prow. 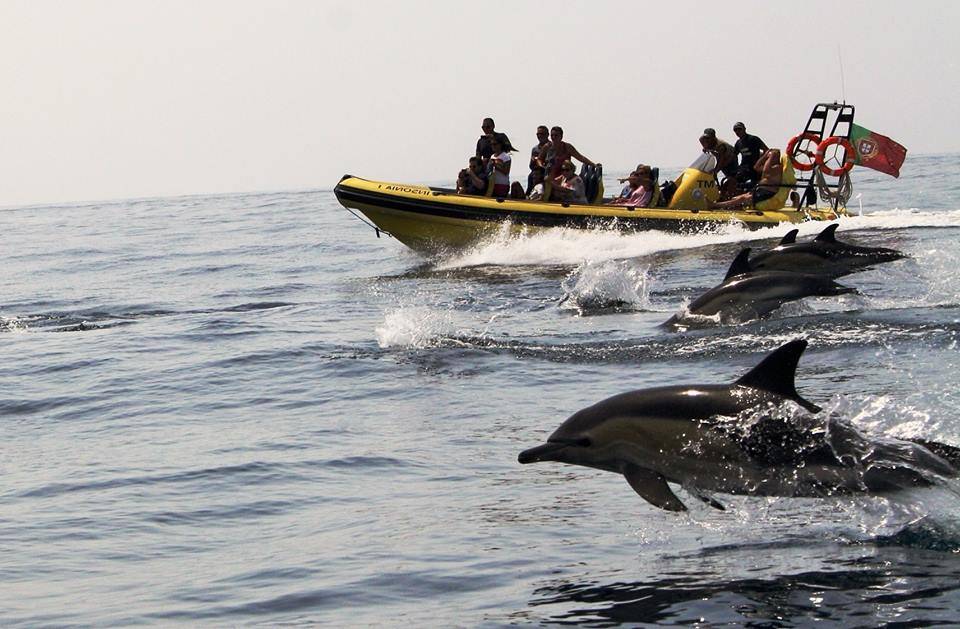 Location, location, location - that's what makes a stag party special! If you're travelling on an Albufeira stag do with the chaps, take a break from golf rounds and 19th holes, and top up your tans in the company of actual dolphins. I challenge anyone who's still breathing to carry on complaining about his hangover while surrounded by a pod of these majestic, fun-loving marine mammals! Dolphin watching is possible throughout the summer in Albufeira.

More beer! Sometimes, the best way to treat a hangover is to beat it into submission. And while I can't recommend drinking irresponsibly, I can tell you that a boat party in Ibiza on the island's legendary white coast is a surefire way to lose your headache in a massive mix of beats, beach bodies and drinking games. Hey, you didn't come here for the nature reserve. Get those hands in the air, and dance until it's time to go out again. Can I get a hell yeah?

Hey, not every boat trip has to be on the ocean. When you're in the'Dam, there's a good chance you'll end up a little, er, confused. Forget trying to navigate to the decent bars all by yourself. Simply hop on a beer barge, quaff as many schooners as you like, and end up at some of the greatest canalside pubs in the Dutch capital. What's that got to do with curing a hangover? Try the combination of fresh air, quaint architecture and about eight shots of jenever, and you'll see. OK, maybe not eight. Don't drink eight. Start with one...

Cruise the Spree in Berlin

A Berlin stag do combines two things perfectly: history, and knockers. You get both on a boat tour down the Spree, and if the unique mixture of stag party-oriented stripping fun and unimssable European history doesn't make you quit moaning about your headache, you're probably beyond saving. There's even a bar on board to dispel those final hints of hangover with “ein Konterbier” (a “counter-beer”, the German equivalent of saying “hair of the dog”). Woof.

Have you been on a boat tour that rocked? Let the chaps know, on Facebook and Twitter. And enjoy the sun!