Which 80s Action Hero Are You

Mad Max: Fury Road might have reinvigorated the action genre, but we reckon there was no better time to be a badass than the 1980s. Hair was big, sunglasses were bigger and all you had to do to be an action man was roll up the sleeves of your Armani and punch someone in the face.

So, which 80s action hero are you? Grab a hairdryer and your tightest jeans. We're going back to the future?¦

As Brucie boy, you're the everyman's everyman - a'beater-wearing, hungover dude who just wants to be left alone. Unfortunately, you can't go six months without being crossed by camp European villains, shady politicians or apocalyptic meteors. At least you've always got a wisecrack handy to deal with the situation. From Moonlighting to Armageddon, you're the man who proves that the dad next door could be a secret hardass. Yippee kay ay, melon farmer. 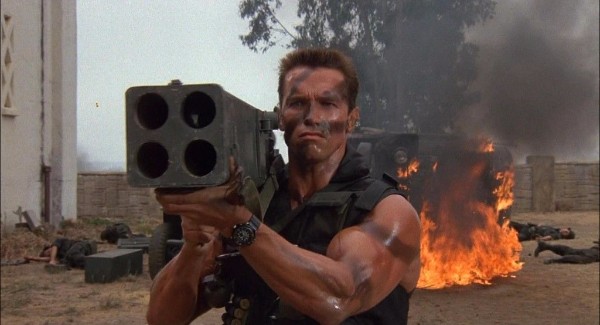 'I need your clothes, your boots and your motorcycle?¦.' OK, so your most memorable lines come from just one movie, and not even an 80s one, but hey. Dialogue isn't your thing. Chuck you waist-deep into a swamp, surrounded by doomed second-line actors and an alien with nitrous oxide dreadlocks, and no-one does it better. Plus, you're the American Dream: a humble immigrant who became an M60-toting badass and Governor of California. Hasta la vista, baby. 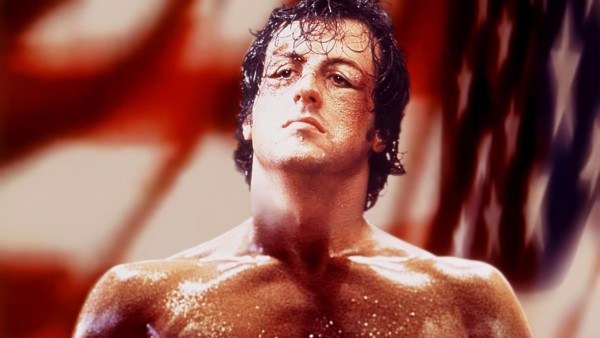 The Italian Stallion, Rocky Balboa, John Rambo - you've got more nicknames than the cast of Goodfellas. You're also a bona fide movie legend. As well as looking totally rad in aviator shades, you wrote and starred in all the Rocky and Rambo films, even directing some of them yourself. And you make everyone want to run up the steps of Philadelphia's Museum of Art. All together now:'Adriaaaaan!'

You've got massive muscles, but your hangdog expression says you just wish you were Arnie. While he's swanning around California pretending to be an unstoppable futuristic death-bot, you're languishing on the shelves of video stores. Playing He-Man. In a laughable movie-length toy advert that got slammed by critics and audiences alike. Oops. On the other hand, you look a bit like a really tough fifth member of Kraftwerk. Bahn bahn bahn, mit der autobahn?¦ 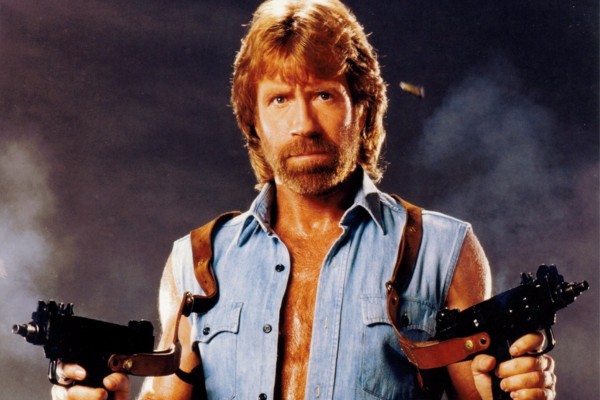 The hardest beard in Hollywood, you made a career out of open-shirted hairiness and bona fide ninja action. That's right - like Steven Seagal and JCVD, you actually are a martial arts master. And you've got your own personalised fighting discipline to prove it. Creator of Chun Kuk Do (which basically just sounds like a baby trying to say your name) and sporter of the most recognisable chest-mat in 80s movie history, we salute you. 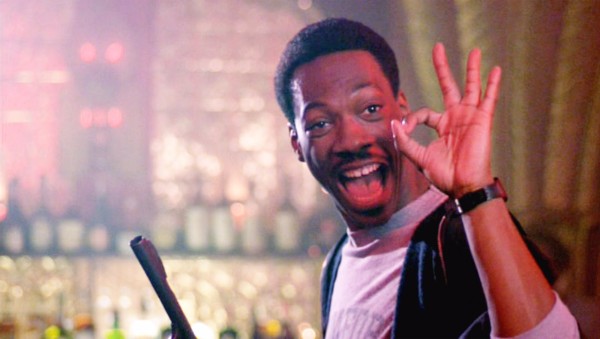 Wait - what? That's right - before you were rubbish, you were epic. Wisecracking, bad guy-shooting star of the best cop-buddy-action franchise ever, your Axel Foley laugh alone qualifies you for greatness. You even shot Steven Berkoff and Brigitte Nielsen, for goodness' sake. Forget Norbit. The man who gave us lines like'I'm off duty, so my dick can be hard' deserves to go down in history. Get the f*ck out of here. No, I cannot?¦

Housewife-botherer and universal cool cat, you're the last word in rugged handsomeness. That's right - you're Harrison Ford, and while your action heroes are all basically Han Solo in a hat (or Indy in space), you do it so well no-one cares. Sidekicked by a walking carpet, a fat man in a fez and Data from The Goonies, you cut a swath through the biggest box office hits of the decade. Since then, you've played Jack Ryan, Richard Kimble and the President of the United States. Eat that, Arnie.

'Hm. I thought you'd be?¦. bigger.' You're the ultimate answer to testosterone-fuelled 80s carnage - a wiry little booger with floaty hair, equally at home dancing in rivers or ripping out throats with illegal kung fu moves. And guess what? The ladies love you. Voted Sexiest Man Alive by People magazine, you're basically the all-around coolest guy who ever eighty-sixed a bad guy with a spinning kick. No-one puts Baby in a corner. Except you.

Forget Riggs, the reason we loved the Lethal Weapon movies was you. You survived a bomb strapped to your toilet by hiding in a cast iron bathtub. You leaped, jumped, rolled and cursed your way through all the trouble Mel Gibson could throw at you. And you still managed to come up smiling. Dude, you will never be too old for this sh*t. 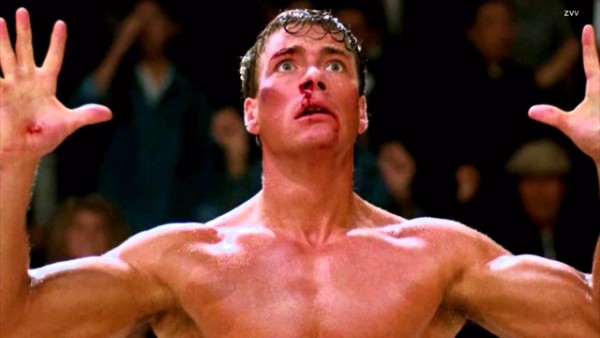 No-one, but no-one, is ever going to diss your mullet. How could we? Star of the cheesiest martial arts movies ever made, your signature hair and hilarious gift for self-parody lets you off all your attempts to be serious. Nuts to JCVD - to us, you'll always be the Muscles from Brussels, the Belgian mentalist who played his own twin brother in the silliest film of all time.'One packs a punch, the other packs a piece. Together, they deliver.' Yeah they do.

Your mighty chin has carved its way through more action flicks than we care to name. You battled a shape-shifting alien in The Thing, slapped on an eye-patch to save the President in Escape from New York, and even jerked a tear or two from unsuspecting kids as the voice of Copper in The Fox and the Hound. And now? You're the man who made Wyatt Earp look like a total hard case. For that, we'll even forgive you Tango & Cash.'You tell them I'm coming. And hell's coming with me!' Yeeee haw!

If ever an 80s action hero looked like a bloke who got banned from a poetry cafe for eating all the cake, it's you. In on a technicality for making your first movie in 1988, we're letting you stay for, well, everything else you ever did. On Deadly Ground? Genius. Hard to Kill? Of course you are. And who could forget the majesty of naval'chef' Casey Ryback in Under Siege?'That's not striking an officer?¦ THAT's striking an officer.' Boom. Served!

Have we missed anyone? Let Stag Weekends know who else deserves to punch their way onto our list of 80s movie legends. Then dress up as one of them for the ultimate stag party night out. Photos please?¦