As lads, these are the weekends that we live for! There's so much live sport going on this weekend, which is going to take some getting through! Let us dissect it all for you and inform you of what's going on!

England continue their Euro 2016 preparations on Friday evening against Australia at the Stadium of Light. The Three Lions kicked off their three warm-up games with an unconvincing 2-1 win over Turkey last Sunday, and Roy Hodgson will be hoping for more fluidity in this performance. 18-year-old Manchester United striker Marcus Rashford is set to make his debut after Daniel Sturridge suffered an injury during the week. It will be a fantastic opportunity for the youngster to force his way onto the plane for France!

The Championship Play-Off Final is always billed as the richest game in football, and this year is no different. Hull City face Sheffield Wednesday at Wembley on Saturday evening with the prize of Premier League on offer. Hull go into the final with the favourites tag as they look to bounce back at the first time of asking. On the other hand, the Owls will be confident of ending their 16-year exile from the Premier League and capping off an excellent season.

We've just spoke about the richest game in club football, well this is the biggest! Real Madrid will come up against bitter rivals Atletico Madrid in Milan on Saturday evening as they battle it out for the Champions League trophy. The sides met just two years ago in the final, where Real came out 4-1 winners after extra-time, but since that, Atleti have grown and Real's power has diminished. Club legend Zinedine Zidane has only been in the hot seat at Real a short time, but could already win the biggest prize of all. Atletico boss Diego Simeone will have left no stone unturned as he looks to claim one of the most remarkable Champions League Final triumphs of all time.

It's not just football where finals are taking place this weekend! Saracens will take on Exeter Chiefs in the Aviva Premiership Final at Twickenham on Saturday afternoon. Sarries will be looking to crown an outstanding season after winning the European Champions Cup just two weekends ago. Exeter Chiefs are seeking their first ever Premiership crown, which in itself would be an unbelievable achievement seeing as the club were playing in the fourth-tier of English rugby just 20 years ago.

Wales will be looking for redemption when they face England at Twickenham on Sunday afternoon. Eddie Jones' side defeated Warren Gatland's men on their way to winning the 2016 Six Nations back in March. It is a pre-tour warm up match for both sides before they head to New Zealand and Australia respectively. However, there's no such thing as a friendly between these two nations, so it should be a belter! 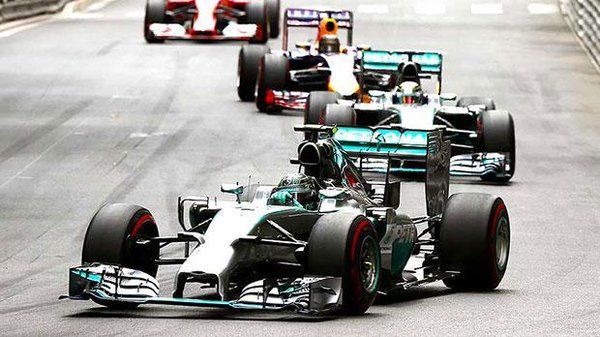 The Formula One Circuit head to the notoriously difficult Monaco track this weekend. The dust seems to have only just settled after last week's crash between Mercedes teammates Nico Rosberg and Lewis Hamilton. Both will be looking to complete the race this week, as the fight for the Championship continues!