Eating isn't cheating, for the chap who likes a munch! I'm feeling peckish this week, so I reckon now's a good time to run down some of the best foodie stag weekend destinations in the world. Loosen your belt buckle and prepare for greatness. 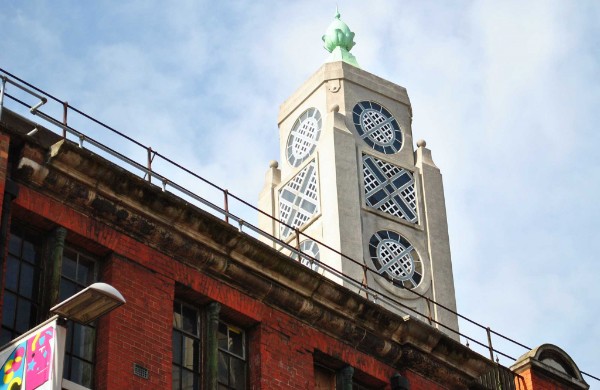 There are plenty of stag do activities London has to offer and you won't be short of top quality restaurants to choose from. London's got one of the biggest and best concentrations of genuine food variety in the world. It's like someone took Manhattan Island and spread its street food vendors, pizza joints and pop-up restaurants over a bunch of urban villages. Then put the M25 around it.

Forget Heston Blumenthal, whose Fat Duck is at Bray, just 30 minutes up the road from central London. If you want real quality eats on your stag weekend, you get the Tube. Try La Porchetta in Finsbury Park, for authentic Italian pizza so good it'll make you want to hug the chef. Jashan in Turnpike Lane does curry to rival anything you'd find on the streets of Mumbai. And then there are the swanky hotel restaurants, or the West End's legendary Sheekey's, home of spectacular seafood for over 100 years. Try the affiliated Oyster Bar in St Martin's court for something truly celebratory. 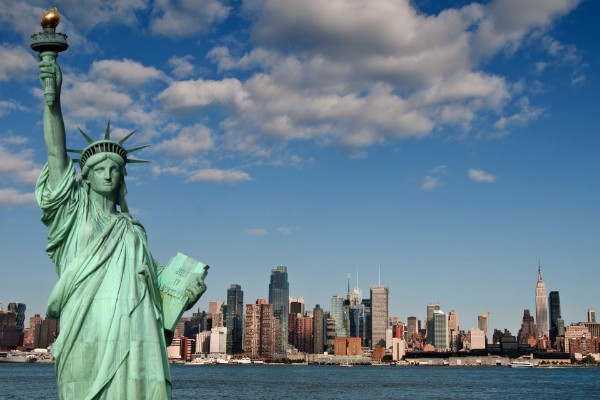 Like London, New York wins big on the foodie front. Its hotchpotch of ultimate eating treats is a result of having had a steady immigrant population since the Statue of Liberty set her copper feet on the ground (well, her pedestal) in 1886. Head to Little Italy for pizza and pasta, hit up a hotdog and pretzel stand for a real taste of'Noo Yoik', and don't forget to try New York Cheesecake, a Jewish invention that has been benefiting chaps with a sweet tooth for more than 50 years.

Lobster Newberg - whose name is the result of a fight between explorer Ben Wenberg and the owner of Delmonico's - has to be eaten at the legendary Manhattan restaurant where it was first served. And for a hangover breakfast? Eggs Benedict, straight from the Waldorf, where they were invented.

Say what now? Why aye, man. The Toon's got plenty going for it in the nosh department, not least the terrifying Man V Food Hot Wings Challenge. This badass slice of zingy bravery beats nearly everyone foolhardy enough to try it, which of course is more than enough encouragement for a beered-up foodie who likes a dash of spice! Check out the full range of stag do ideas Newcastle has in store for stag parties.

The Hot Wings challenge requires the noble food warrior to demolish 20 hot wings in 20 minutes. Each wing is drenched in a special secret sauce featuring 11 types of chilli. You will sweat pain.

If you lose, you get to cry tears that actually hurt. If you win, you'll do the same thing but with a T shirt. And that's really all that matters.

For a town that's got a dodgy reputation for deep fried Mars bars, you'll find plenty of non-spicy chow on the menu too. Blackfriars, on Friar Street, serves epic posh Brit nosh on massive refectory tables. And if you're after a tasty snackaroo, you could do worse than heading to Zapatista's on Ridley Place for a burrito.

Because you don't get to go on your own stag weekend every day! Why settle for some middling Moroccan cuisine down the local trendy restaurant, when you could be seeking out secret spice mixes in an actual souk? A stag on a mission can do his very own cookery course in Marrakech, complete with fresh ingredients and instruction from talented local chefs.

Not up for recreating a Moroccan masterpiece? With every other cafe serving up wonderful Arabic treats and a lazy atmosphere, you'll be spoilt for choice. We recommend the Souk Kafe, on Derb Souk Jedid, which caters for vegetarians and has a roof terrace you won't want to leave. 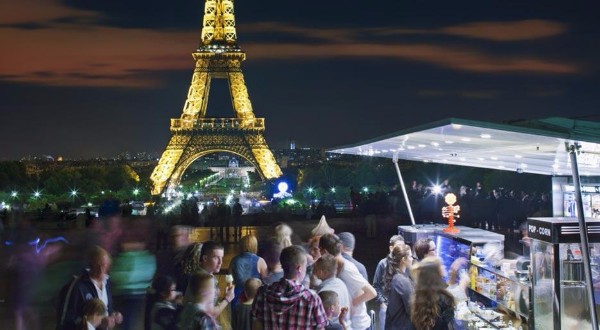 The French take their food seriously - and as a Paris stag do bonus, you can eat yours at the Moulin Rouge. If there's another foodie destination where you get to enjoy five star nosh while feasting your eyes on the hottest cabaret performers in the world, we'd like to go.

Offering haute vegetarian and vegan options as well as its traditional menus, the Moulin Rouge augments all those spectacular lady-bods with some serious gastronomy. Expect lobster, seasonal vegetables in tarragon butter, amuse-bouches and plenty of champagne. Mais oui!

Have you been on a foodie stag weekend? We'd love to hear your recommendations for restaurants, destinations or alternative food activities. Connect with the stagweekends community on Facebook and Twitter.

v
Back to articles