Not only is today 1 March, it is also St David's Day; the day in which the people of Wales celebrate their patron saint, St David.

We appreciate that if you are not of Welsh heritage, you might not be interested in celebrating the day, but after informing you on how to celebrate Burns Night last month; we didn't want to leave our Welsh friends out!

Who was St David?

Known as Dewi Sant in Welsh, St David was born in Caerfai, Pembrokeshire in 500 AD to the Prince of Cardigan.

St David was a devout Christian, opening around 12 monasteries in his lifetime. He was also known as somewhat of a miracle worker, with his most famous act coming when he raised the ground beneath whilst preaching, so that all could hear him.

It is also believed that the patron saint survived poisonous bread fed to him by monks and he restored the sight of his tutor, St Paulinus.

Yes, some of these miracles do sound farfetched, but who are we to question what happened thousands of years ago?

St David lived a long life for someone of that time, and died on 1 March 589 AD. It was in the 12th century that he became the patron saint of Wales, and interestingly he is the only saint of the United Kingdom to have visited the country of their patronage. 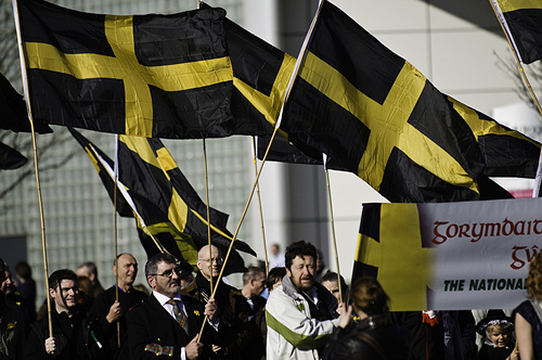 If you are wondering what you can expect to see in celebration of St David, there are a few symbols and images that are associated.

The Welsh national flag is flown by many, as well as the flag of St David, which has a yellow cross on a black background.

Daffodils and leeks are synonymous with Wales, and the reason leeks became symbolic for the country was down to St David informing his soldiers to wear a leek during battle, so allies could be distinguished. Who knows why he chose a leek?

Unfortunately, unlike celebrations for our good friend St Patrick, St David's day isn't one big piss-up! But, if you do fancy a Welsh tipple, we recommend some Mead. This alcoholic beverage is perfect with those who have a sweet tooth and is very strong – drink responsibly!

And, if you are a bit of a foodie then you are in luck. Leek and sweet potato soup is a great winter warmer to get you started, or what about a bit of Welsh rarebit? That's cheese on toast for you who don't know your Welsh delicacies! Fancy having a go at making posh cheese on toast yourself, then why not try this recipe?

Welsh regiments in the army traditionally eat raw leeks to commemorate the day. Erm, we'll leave that one with you lads…