What a tournament Euro 2016 has been so far! Did any of you anticipate that England, Wales, Northern Ireland the Republic of Ireland would reach the knockout stages? Well, they have! 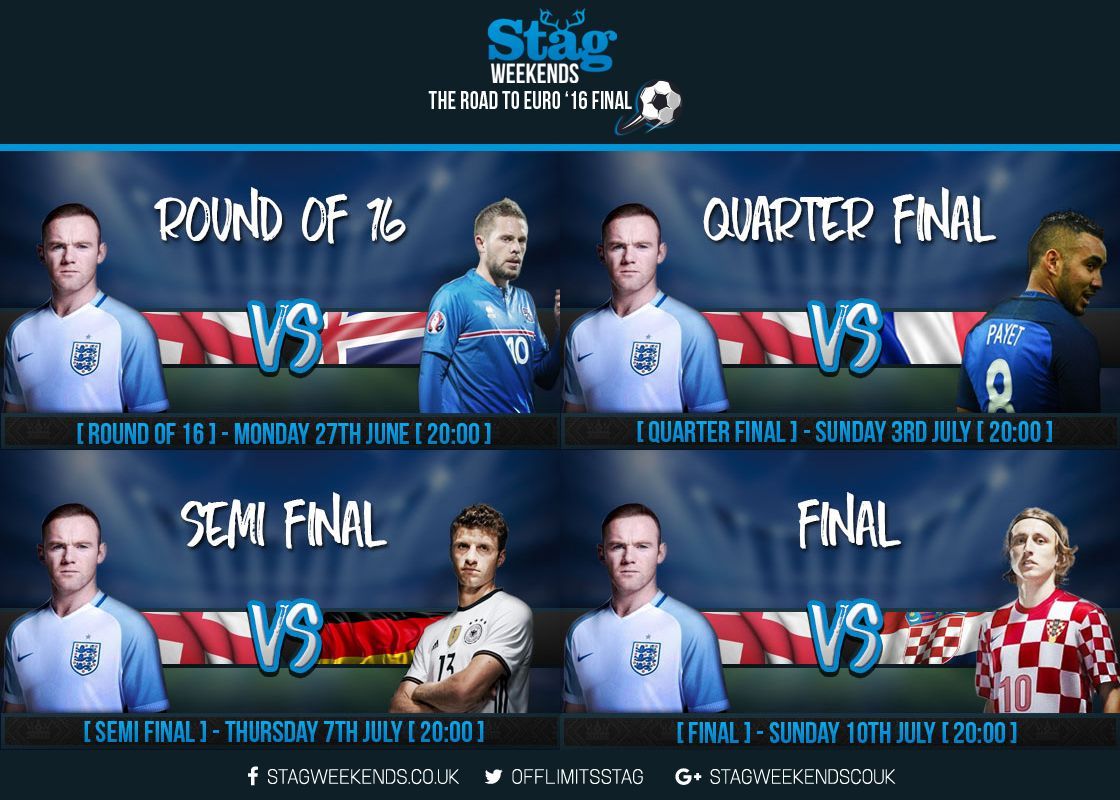 Having finished second in Group B, England have been left with a tougher route to Euro 2016 glory. Round of 16 opponents Iceland could be a potential banana skin having already defied the odds to make it to the European Championships and then progress to the knockout rounds.

If England do manage to conquer Iceland, Euro 2016 hosts France will most likely be their quarter final opponents. Oh, and then the small matter of Germany and Croatia thereafter should they progress!

It's easy to see why Hodgson has come under criticism for failing to finish top of Group B and secure an easier route to the final. Wales now face the slightly easier route?¦

See what we mean? That potential route to the final looks far less daunting than the one facing England. But, enough about England, we're talking about Wales' chances now!

Wales will face fellow home nation Northern Ireland in the round of 16 and it will be interesting to see how they cope with being favourites!

Likely quarter final opponents Belgium would not need to be feared. Chris Coleman's side were unbeaten in two games against the Red Devils in Euro 2016 qualification, and have the ability to beat them again.

As you would expect, things get a little harder if and when Wales reach the semi-final stage with Croatia likely to be waiting. Wales could then face hosts France if their fairy tale continues!

Anyone remember underdogs Greece win at Euro 2004? They beat the hosts to claim an unlikely crown. Wales can draw inspiration from that!

Despite losing 1-0 to world champions Germany in their final group game, Northern Ireland were able to qualify for the round of 16 after being one of the best placed third place teams.

Michael O'Neill's side will now face Wales, where yet again they will be underdogs. That shouldn't faze Northern Ireland, they will be familiar with the Welsh players and it should be a classic!

A potential clash with fellow home nation England would await in the quarter finals. Now, that is a mouth-watering prospect!

The Green and White Army would then face the same semi-final and final fate as Wales if they were to progress.

This all may seem unlikely, but no-one gave Northern Ireland a hope of even qualifying for the tournament, so anything is possible!

The Republic of Ireland produced a phenomenal performance against Italy in their final group game to reach the last 16. Robbie Brady scored a late winner to send the Irish fans into raptures!

France await the Republic in the round of 16. Will it finally be a chance to exact revenge after the Thierry Henry handball back in 2009? The Boys in Green fans will certainly be hoping so!

If they can defeat the hosts, England are likely to be quarter final opponents, which would be another classic encounter. Martin O'Neill's side could then meet Germany and Croatia thereafter, but could you rule them out after last night's heroics?