Stag Weekends offer paintballing as part of a range of stag do activities at great locations across the UK and Europe. Putting together your stag party paintball team? I reckon you could do with a few of these dudes in the mix. Lock and load! 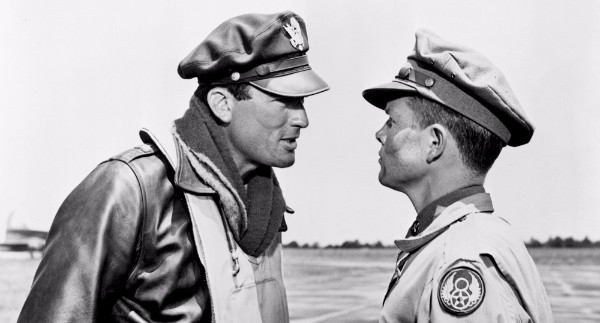 Every military unit has to have a wisecracker. His job is to keep the troops' spirits up, question authority and die gloriously, one final joke on his lips. No-one does it like John Cassavetes' Victor Franko (The Dirty Dozen). In fact, the Dozen are probably a dream team all on their own. Expect an appearance from Lee Marvin's Major John Reisman before this list is out.

Want an entire battalion of your stag enemies taken out by one bad mutha? When you absolutely, positively have to destroy every chap in the forest, John Rambo's your man. Sly Stallone's performance as the disturbed Vietnam vet had critics raving, and he wrote the screenplay too. I'll leave the last word on Rambo to Sheriff Teasle, the weasel who tries to mess with Sly's mojo:'Are you telling me that 200 of our men against your boy is a no-win situation for us?' Yup.

A real leader gets down and dirty with his battalion - and they don't come much dirtier than Major John Reisman. When he's not provoking enormous men into fighting him with knives, or riding his Dirty Dozen as hard as he can, he's hiring a barnful of hookers and feeding tequila to the chaps.'I never went in for embroidery, just results'. Damn right you did, Lee Marvin.

War is hell, and there ain't no-one better at navigating it than Animal Mother. The quintessential'death is glory' sumbitch, this musclebound terror is the kind of deadeyed killer you want at your back when the shit goes down. Just don't tell him you're fighting for a cause. Or ask him questions about his mum. Seriously. This guy dances with dead people.

Every military unit needs its grunts. Technical Sergeant Mike Horvath, brilliantly played by character actor Tom Sizemore in Saving Private Ryan, is exactly the kind of soldier you want on your side. He does his duty with honour, never shirks, and defends his brothers to the last. Just make sure you pay your respects to his paint-spattered grave, when you're old and grey and visiting the scenes of your past with your grandchildren.

When you're in the thick of conflict, you don't want dudes who are pining for their sweethearts back home - you want career soldiers, who can't function properly anywhere else. Slow-burning loony Benjamin L. Willard (Martin Sheen in Apocalypse Now) is the ultimate lifer. A CIA spook and stone killer disguised as a normal bloke, Willard finally rejects American suburbia for life in the jungles of'Nam. The horror, the horror?¦

One of you is bound to be ruined after a big Friday night - but I bet he isn't half as messed up as Sergeant Elias. One of the only morally savvy characters in Oliver Stone's masterful Platoon, poor old Elias (played brilliantly by Willem Dafoe) eventually gets shot in the back by a member of his own unit. But he's on my dream team because every battalion needs a wreckhead, and you don't get much more messed up than smoking dope through the barrel of a gun.'Feelin' good's good enough.' Word to that, you crazy motherf*cker.

You're on a stag party, you're light years from home, and there are giant interstellar bugs trying to eat your face. What do you do? Call for Colonel Carl Jenkins, trenchcoated military scientist and brains of the operation, that's what. Fortunately, good old Carl is psychic as well as being dead smart. He's also played by Neil Patrick Harris, better known as Barney from How I Met Your Mother. And that's a - wait for it - mazing.