The fallout continues from England's embarrassing Euro 2016 exit at the hands of Iceland. There is much debate as to which players will continue to play for England, and whose international careers are over. We've come up with our very own twist as to who should stay, and who should go... 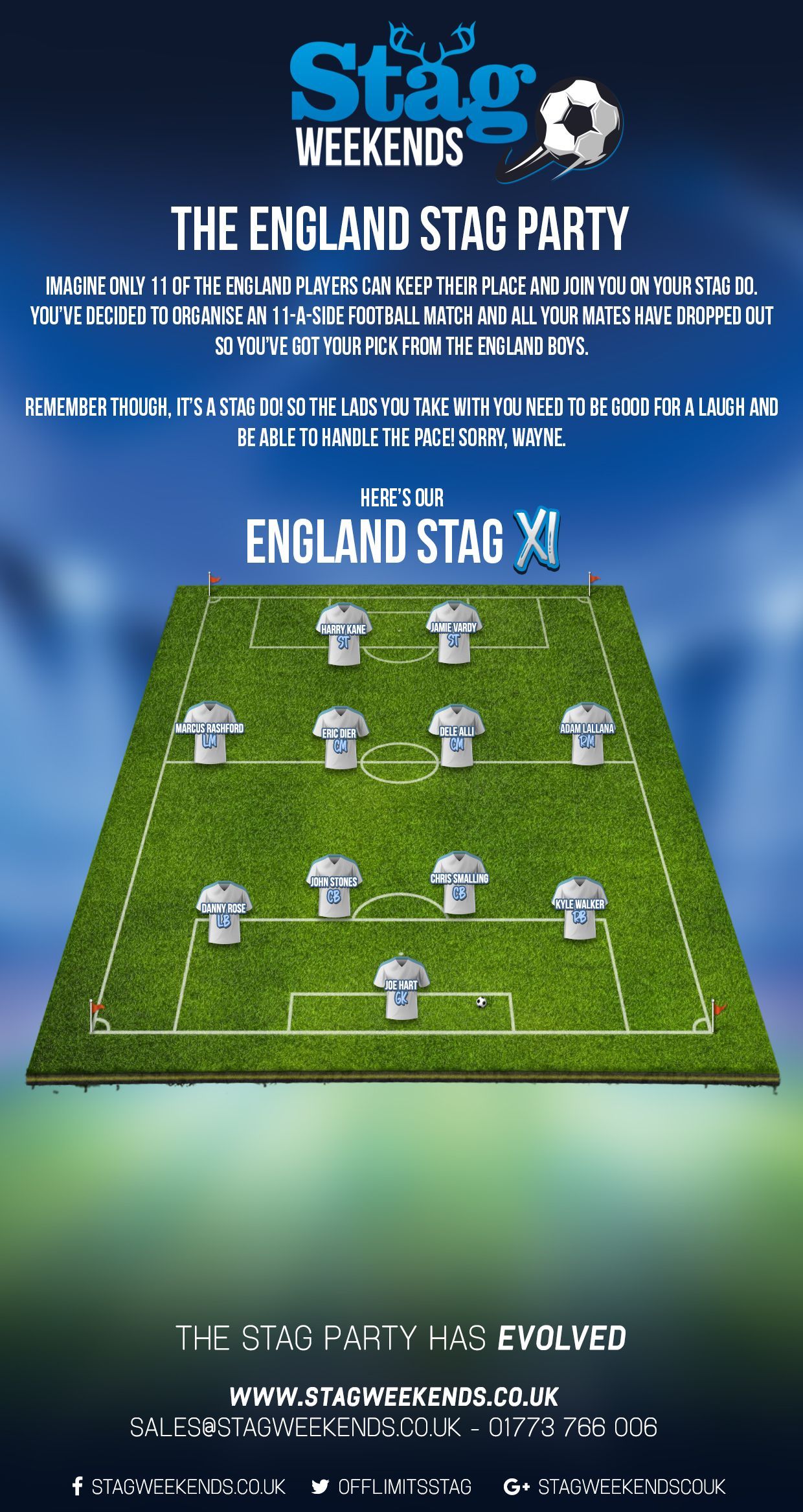 GK'Joe Hart'Yes, we know Joe Hart had a stinker at Euro 2016. The Man City'keeper made two costly mistakes against Wales and Iceland, but we still think he's the man you'd want in net. Plus, have you seen the way he blasts out the national anthem? He'd be well up for some karaoke fun!

RB'Kyle Walker - The Spurs full-back is one of few players to come out of the tournament with any credit. Granted, Walker was at fault for Iceland's equaliser on Monday night, but we can forgive him for that and get him on the plane. He's also known as a bit of a party animal, as old newspaper headlines would suggest?¦

CB'Chris Smalling Neither of the centre backs covered themselves in glory on Monday, but with only three in the squad, one had to stay in. Smalling gets our nod over Gary Cahill as he is the younger of the two, so still has time to grow into a commanding centre back.

CB'John Stones'Stones gets in ahead of Gary Cahill, because we believe he deserves an opportunity after not getting on the pitch in France. The Everton centre back is known for his cultured style of play and we get the impression he'd be a good mover on the dance floor.

LB'Danny Rose'Like Walker, Rose was one of the only players to emerge from the tournament with his stock still high. The Spurs full-back put in three energetic performances at Euro 2016, proving he'd be one of the last men standing!

CM'Eric Dier'The Spurs midfielder had a breakthrough season last term to force his way into the England squad. Dier looks like he could hold down that position for the next ten years and would be one of the first names on our party list. Born and raised in Portugal, Dier will know how to party.

CM'Dele Alli'The Spurs midfielder was unable to replicate the form which won him the PFA Young Player of the Year award last season, but we should cut him some slack. Alli was playing League One football just over a year ago, and still has a bright future. He would be a popular figure amongst the party and certainly knows how to move!

RM'Adam Lallana'One of Roy Hodgson's final baffling choices was to drop Lallana from the team for the Iceland match. The Liverpool midfielder had performed well in the opening three matches and looked dangerous. You won't be dropped from this team, Adam.

LM'Marcus Rashford 'If one thing summed up how dreadful Monday night was, it was that Rashford was man of the match in his five minute cameo appearance. The United youngster looks an incredible talent, and would make it on our trip as the youngest member of the party at just 18 years old.

ST'Jamie Vardy'Vardy didn't let anyone down when called upon at Euro 2016. The Leicester striker scored the equaliser against Wales and put in a tireless performance against Slovakia. We all know he likes to have a party (there's a song about it), so he's a guaranteed pick for the plane.

ST'Harry Kane'This might be our most controversial pick, but we are looking beyond Kane's poor tournament. He's still one of the most deadly strikers around and is clearly a hard working team player, which is why we've given him the nod over Daniel Sturridge.

Who would make your England Stag XI? Or if none of the lads would, you can take your own team with us at Stag Weekends!