What a weekend we have in store, lads! The excitement is almost too much to bear. Firstly, it's a bank holiday weekend, which gives us an extra day to enjoy, and there is loads of sporting action taking place.

Whether you are enjoying the sun with a barbecue at home, or soaking up the rays in the beer garden, there is stuff going on all the time. Saturday, there is the Aviva Premiership Final, the FA Cup Final and England play South Africa in an one-day international. That's before you we get to the action on Sunday and Monday!

Here, we have it all mapped out for you, in chronological order, so you know what's happening and when.

First up, on Saturday, England take on South Africa in Southampton. It is the second match of their three-match one-day international series, with England 1-0 up.

England defeated the tourists by 72 runs at Headingley in the opener, with skipper Eoin Morgan hitting an impressive century and Chris Woakes impressing with the ball with figures of 4-38.

The only downside from the series opener was the injury to Ben Stokes' knee and the all-rounder will be assessed over the course of today before a decision is made on whether he will play or not.

The third and final ODI of the series will take place on Monday at Lord's.

Next up on Saturday afternoon, it is the Aviva Premiership Final at Twickenham between Wasps and Exeter.

It's hard to pick a winner out of these two, as both sides come into the final with reason to be confident. Wasps came top of the Premiership in the regular season and have only lost once in their last eight outings. They also boast a 100% record in Premiership Finals, having won in 2003, 2004, 2005 and 2008.

The Chiefs come into the final looking to make amends for last season's final defeat to Saracens. They are without doubt the in-form team, having put together a run of 16 matches unbeaten. This is poised to be a cracker!

An FA Cup triumph for Chelsea would complete a league and cup double for Antonio Conte in his first season in English football. The Italian has a fully fit squad to choose from, and they are in hot goal scoring form having put nine goals past Watford and Sunderland in their last two league games.

Arsenal will be looking to bounce back from the disappointment of missing out on Champions League qualification for the first time in 20 years. It could also be Arsene Wenger's last game, as the Frenchman is yet to confirm whether he will be in charge next season. Wenger has a crisis at centre back to solve, with Laurent Koscielny missing through suspension and Gabriel through injury.

All things point towards a Chelsea win, but stranger things have happened!

Moving to Sunday now, we have the Monaco Grand Prix to look forward to. With two wins apiece to date, championship leader Sebastien Vettel and Lewis Hamilton look as though they will be the ones battling it out for this season's title. 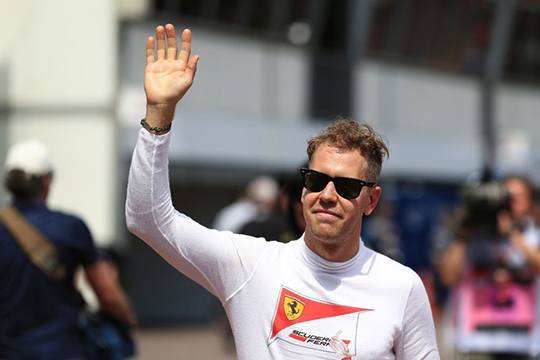 Ferrari's Vettel has been the one setting impressive paces in practice and it will be intriguing to see who takes pole position in qualifying tomorrow. The other side note for this race is the return of Jenson Button for one race as he stands in for Fernando Alonso, who is racing the Indianapolis 500.

The richest game in football takes place on bank holiday – the Championship Play-off Final between Huddersfield Town and Reading.

Let's be honest, these two sides were tipped for relegation at the start of the season, so both have done remarkably well to make it to this stage. Jaap Stam took over Reading at the start of season and has turned them into an impressive possession-based side. That possession style will take on the high pressing game that David Wagner has implemented on Huddersfield since taking overlast term.

It's impossible to say who is favourite here, so let's just enjoy what we hope is a play-off classic!