The sun is becoming ever more prominent and with it the prospect of spending an afternoon in a beer garden becomes realistic. This weekend the sun is set to make an appearance, so you might be able to do exactly that, though we suggest you still take a jacket!

To accompany whatever your weekend plans may be, there is plenty of sport happening, despite the Six Nations coming to an end last week. Here, we take you through all that's going on in our weekend preview.

Domestic football takes a break this weekend as a round of crucial World Cup Qualifiers takes place, particularly for the home nations.

Tonight, the Republic of Ireland host Wales at the Aviva Stadium in Dublin. Martin O'Neill's side currently sit top of Group D after a strong start to their qualifying campaign. If the Irish can produce a positive result, they will be in great shape to qualify for Russia 2018 at the halfway stage in qualifying. Wales know that they cannot afford to lose this game. Sitting four points behind Ireland as it stands, a defeat would put an end to any realistic hopes of automatic qualification. Chris Coleman will be buoyed by the timely return to fitness for key duo Gareth Bale and Aaron Ramsey.

England have to wait until Sunday evening before taking on Lithuania at Wembley. The match will be Gareth Southgate's first home match since being confirmed as permanent England boss and nothing less than a win will do. After three wins and a draw, England are top of Group F, and despite the likes of Harry Kane, Jordan Henderson and Gary Cahill missing, it should be a comfortable win. 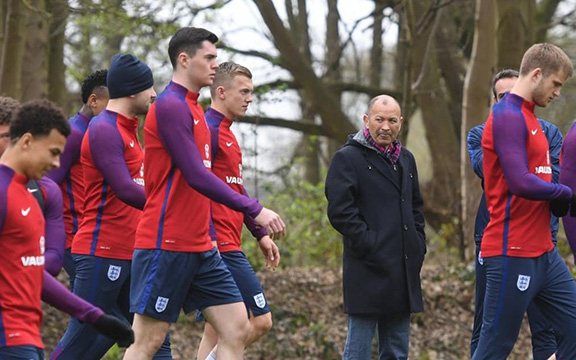 Scotland are also in action in Group F on Sunday night as they host Slovenia at Hampden Park. With just four points from their opening four matches, nothing but a win will do for their chances of making it to Russia. A negative result is likely to see the end of Gordon Strachan as Scotland boss, with fans growing increasingly frustrated.

Northern Ireland are the other home nation in action Sunday evening, hosting Norway at Windsor Park. With Germany in Group C, Northern Ireland's realistic qualification hopes are through the play-offs if they can gain second spot. That is where they sit at the moment and a win against Norway would only boost their chances.

The 2017 Formula 1 season gets under way this weekend with the Australian Grand Prix in Melbourne. Nico Rosberg was the winner of last season's title, but after his retirement from the sport, there will be a new champion this time round.

Lewis Hamilton is the clear favourite for the race after going fastest in practice. The Mercedes driver is also the bookies' number one choice for the driver's championship. Hamilton's is joined on the team this season by Finland's Valtteri Bottas after his move from Williams. It is unclear if the 27-year-old will be able to challenge Hamilton.

Mercedes closest rivals are likely to be Red Bull, with Daniel Ricciardo and Max Verstappen behind the wheel. Verstappen is one of the hottest properties to come out of F1 in recent memory and he backed it up last year with an impressive debut season.

The first race usually tells us a lot about how the season will pan out, so Sunday's race should be a fascinating watch.