That's right, the weekend is here again. We're not sure about you, but it feels like it's been a long week and it's all systems go for the weekend ahead.

As the football season draws to a close, we have been treated to a feast of midweek football as outstanding fixtures needed to be played. We have also had high drama in the Football League play-offs and hopefully that can continue this weekend with the League One play-off final!

Here is our summary of all that's happening this weekend.

Well, this is it, after 37 games, it is the final round of fixtures in the 2016/17 Premier League season. With Chelsea already confirmed as champions, Antonio Conte and his team will receive the trophy at Stamford Bridge after their game against Sunderland. David Moyes' side, along with Middlesbrough and Hull City are already relegated, so the only matter to settle on the final day is the race for the top four. 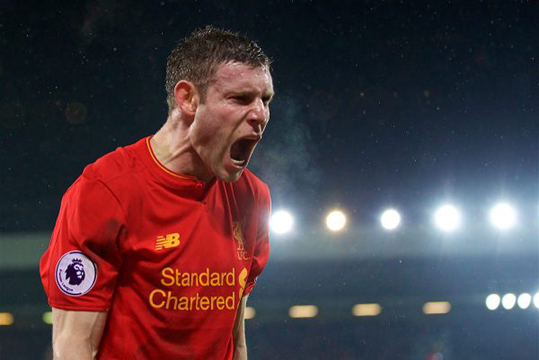 Man City's place is all-but confirmed unless they were to suffer a heavy defeat at the hands of Watford and we can't see that happening. Which means the battle is between Liverpool and Arsenal for the fourth and final Champions League spot.

Liverpool currently occupy fourth place and will hold on to it if they can beat Middlesbrough at Anfield. It may look like a formality on paper, but it's Liverpool's home form that has let them down lately. If Liverpool do slip up, Arsenal can overtake them with a win over Everton at the Emirates. It should be an interesting final day!

Sticking with football, Bradford City and Millwall meet in the League One Play-Off Final at Wembley on Saturday.

Millwall are looking to go one better than last season when they were defeated by Barnsley in the final. Neil Harris' side snuck into the play-offs on the final day of the regular season, before defeating Scunthorpe 3-2 over two legs.

Bradford are seeking a return to the Championship for the first time since 2004. There was little to separate the teams in their two league meetings this term, with both games ending as a draw. It should be a tight final!

Switching to rugby union, the Aviva Premiership play-off semi-final matches take place this weekend. First up, it is second against third as Exeter Chiefs host Saracens at Sandy Park. Exeter go into the game in scintillating form, having won their last eight league outings, but Saracens will also be buoyed after claiming back-to-back European titles last weekend.

The other semi-final sees Wasps play host to Leicester Tigers at the Ricoh Arena. Wasps finished 22 points ahead of the Tigers in the regular season and are strong favourites, but they will know anything can happen in a one-off match, especially against a club with the pedigree of Leicester.