With all the Euro 2016 action at the moment, everyday feels like a weekend! But, that doesn't mean you can't get excited about this weekend!

With England not playing again until Monday night, there's plenty of other action to get stuck into over the weekend. Let us take you through it?¦

If you're footy mad, there's still loads of football on this weekend! We won't run through every game that's taking place, but we've picked out a couple that should be worth a watch.

European Championship holders Spain take on Turkey tonight, and will be looking to make it two wins from two after winning their opener against Czech Republic.

Republic of Ireland play Belgium on Saturday afternoon, and go into the game as underdogs despite Belgium being defeated by Italy in their first match. With Martin O'Neill's side facing Italy in their final group game, it's pivotal they take something from this match if they want to progress to the knockout stages.

England take on Australia in the second Test of their summer series on Saturday. If England can triumph they will secure a series win; which would be the first time an England side has won a Test series in Australia!

Despite the first Test win, England coach Eddie Jones wasn't entirely satisfied with his team's performance and believes there is room for improvement. Jones has made two changes to his starting line-up for the match, with George Ford and Jack Nowell replacing Luther Burrell and Marland Yarde, respectively.

The US Open started on Thursday and will come to a conclusion on Sunday. The second major of the year was badly affected by storms on the first day, and the players will be hoping for calmer weather over the weekend.

There was an unlikely leader following the first round at Oakmont, in the form of American Andrew Landry. He will have a battle on his hands to hold on to top place though, with the likes of Bubba Watson and Jordan Spieth in the chasing pack! 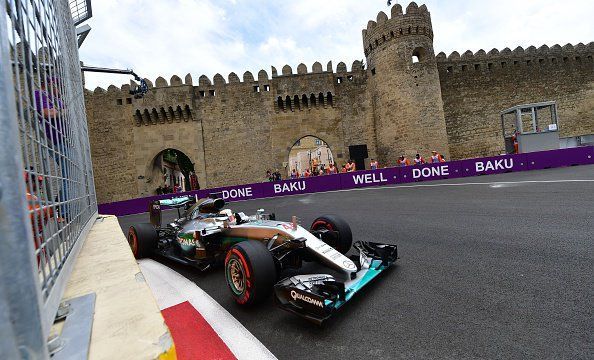 Baku, Azerbaijan is the venue for the F1 circuit this weekend, where controversy is surrounding the race due to safety concerns with the circuit. Today's scheduled practice has already had to be delayed due to the fact there have been several cuts to tyres from the kerbs.

Getting back to the race itself, Lewis Hamilton could go top of the Drivers' Standings for the first time this season and overtake Mercedes teammate Nico Rosberg with a strong drive on Sunday.