6 Facts You Never Knew About Newquay

Newquay has been playing host to epic stag weekends since the first surfer staggered out of the water at Fistral Beach and demanded a drink! There's a lot more to the UK's home of beer, beach babes and water-based shenanigans than you might think. Here are my favourite facts about the place that loves to party hard.

That's right, chaps. Whatever you want on your Newquay stag do, you got it, thanks to a frankly ridiculous number of beaches. For the quintessential Newquay experience, start with a massive breakfast at one of the many cafes overlooking Fistral. Then surf until you feel sick. Traditionalists will love Crantock, with its olde-worlde surroundings and stunning views.

Thinking of wandering around in a buttock-splitting banana hammock? Not in Newquay, thank you very much. The town fought hard to shed its reputation as a Wild West for undisciplined revellers, beginning with a ban on antisocial behaviour in the mid-2000s. You'll still see plenty of dudes dressed as Pokemon, though.

It has one of the biggest waves in the world

Surfing loves its legends, and there's none better than the Cribbar. A nut-shrinkingly massive reef lying half a mile offshore of Town Head at the northern end of Fistral Beach, the Cribbar or'Widow Maker' only fires once in a blue moon. When it does it looks like the end of Point Break. You know, the good one from the early'90s, not the horrible remake. 100 year swell, dude. Eek.

It's not all surfing, you know. The Beatles' mad-as-balls psychedelic TV romp Magical Mystery Tour was partly filmed at the Atlantic Hotel, and on Towan Beach. I am the eggman. Are you the walrus?

If late 60s psychedelia isn't your thing, don't worry. Cornwall's most infamous town is home to one of electronic music's weirdest men. Richard D James, aka The Aphex Twin, aka that terrifying beardy guy from the Window Licker video, lives here. Do not piss him off. He owns a tank. And once refused to buy my brother a beer.

You could be live on Radio 1

Newquay's nightlife is the stuff of legend. The clubs in the city centre regularly host nights headlined by massive DJs. Plus the annual Ripcurl Boardmasters event sees Fistral Beach turned into a weekend-long dance festival featuring the nation's favourite roadshow. Get your hands in the air, people. You might be going out live on Radio 1! 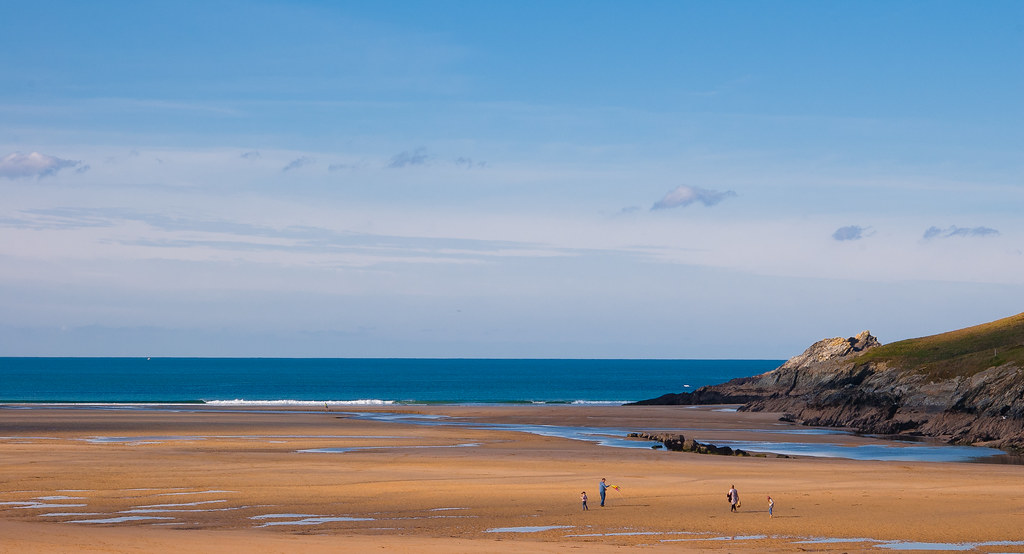